We are extremely proud to announce this years UEA+Sport Colour Award recipients. We would like to congratulate all of our 2019/20 award winners for their excellent work throughout the academic year. 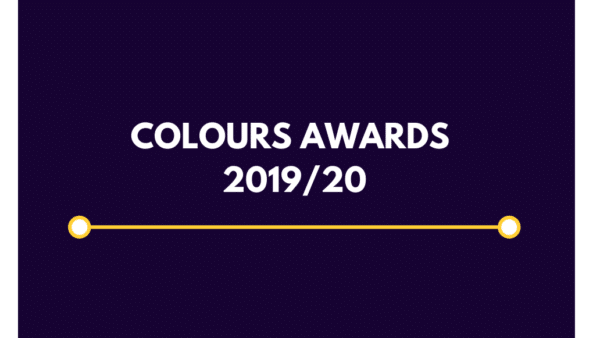 We are extremely proud to announce this years UEA+Sport Colour Award recipients. We would like to congratulate all of our 2019/20 award winners for their excellent work throughout the academic year.

Lockdown couldn’t stop the uea+sport Colour Awards ceremony, which celebrated the commitment, contribution and sporting achievements of students on and off the field.

The third instalment of the awards took place virtually via Microsoft Teams on Tuesday 23 June. Like many award ceremonies and celebrations, the Colour Awards were unable to go ahead as originally planned in early May due to lockdown restrictions preventing mass gatherings. Instead, the group of gifted athletes and uea+sport staff, took to Teams to continue the celebrations.

Students from across a range of sports and courses at UEA were issued pin badges and certificates ahead of the virtual ceremony, to mark their sporting talents and commitment to university sport.

It’s not just talent on the pitch that secured Club Colours for students, with commitment to their student club(s) being shown in a variety of ways. For example, outstanding coaching (Holly Bosman, Netball), club leadership competitively (Jack Thomas, Football) or through participation (Elizabeth Payne, Gymnastics), charity work and campaign awareness (Emily Wignall, Cheer Dance) and the development of sport at UEA (Shakila Binte-Omar, Ziggurat and participation).

The ceremony saw Half Colour and Full Colour awards presented, with students who had achieved stand-out sporting performances during the academic year given Half Colours, and Full Colours celebrating those who had attained the highest level of sporting achievement.

Half Colours awardees included: Sean Watson, who won a silver medal at the BUCS duathlon championships; Michael Johnson, Oliver Howes and George Obiagwu-Ossai for being selected to trial for the GB Students American Football team; and Charlotte Slater for becoming national pentathlon champion in Ireland and being selected as a sparring partner for the Irish Pentathlon team at the Tokyo Olympics.

Full Colours were the final set of awards to be given out and those who won included: Ailsa Macarthur and Phoebe Parker for being selected for the English Universities netball team; and Elliot Dronfield, who was selected to represent UEA at the European University Sports Association (EUSA) games being held in 2021.

To qualify for the award of a Club Colour, a student needs to have demonstrated an outstanding contribution to their club. These contributions can include how the student has been instrumental in the day to day running of the club, organisation of club activities, impacting on the clubs development, organising fundraising events and consistently going above and beyond for your club.

We would like to congratulate the 26 individuals who have been awarded a club colour this year for 2019/20!

To qualify for the award of Half Colours, individuals need to have met one or more of the following criteria for at least one academic year and be a regular UEA 1st Team member in their sport, where applicable:

We have 10 athletes who have secured themselves a half colours this academic year – congratulations to each of them for a fantastic year!

To qualify for the award of Full Colours, indivduals need to have met one or more of the following critieria for at least one academic year:

For our 2019/20 UEA Full Colours we have 8 recipients who have accomplished on national and international stages  – congratulations to you all and keep up the fantastic work!